Curious to know about the origin and production of china, I spent four weeks in Cornwall in the UK. Here, large quantities of china clay are extracted every year. During my stay I also learned about other industries besides the china industry. Cornwall played an important role in the Industrial Revolution, because of its soil being very rich in ore. Until the nineties, there were dozens of mines from which copper, tin and silver was extracted. But the prices of the materials dropped, and all mines were forced to close down. The result is a landscape that has been left with the remains of the mines. Not just the buildings, but also the piles of raw materials that have been discarded by the industry make a colorful pattern in the landscape.
The five objects Bugle, Geevor, Nanpean, Chiverton and Poldice have been named after the places where the materials were found, and reflect the five most important industries in this area, namely tin, copper, china clay, silver and lead. They also give an impression of the impact their respective footprints have left on the landscape. ‘Bugle’ is a jug, and refers to the original form of the tin jug, has a colored coating that was developed from the tin mine. Saucepan ‘Geevor’ shows the intense shine of the copper mine. ‘Nanpean’ is a china cup and saucer that are colored with the pigments extracted from the waste that was left behind from this industry. The set of two bowls, ‘Chiverton’, with a small detail inside, referring to the frivolous silver. The spoon called ‘Poldice’ is referring to the old big spoons made out of toxic lead. All objects are made from porcelain.

Find out more about the project here, you can find the Cornwall Book here. 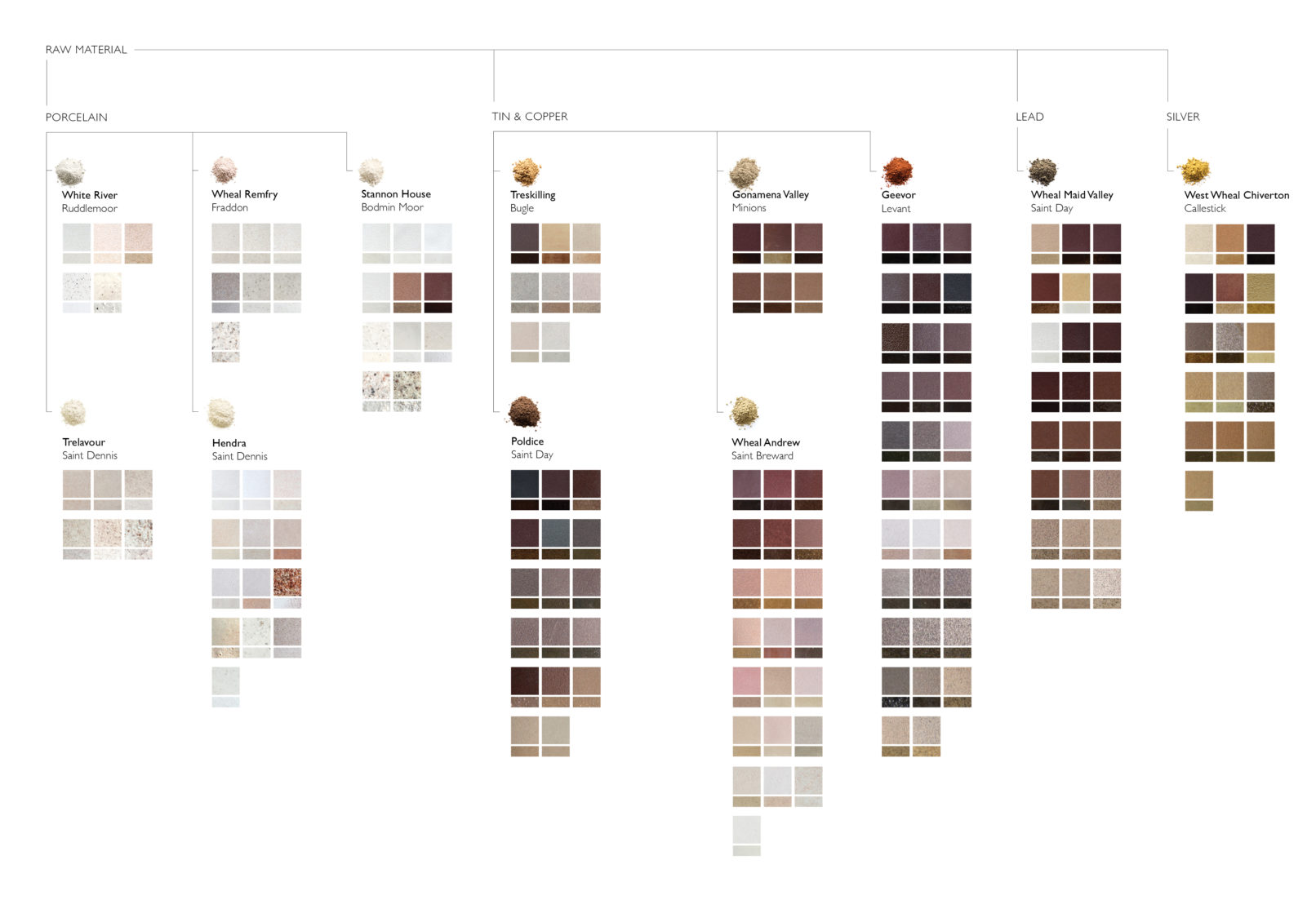 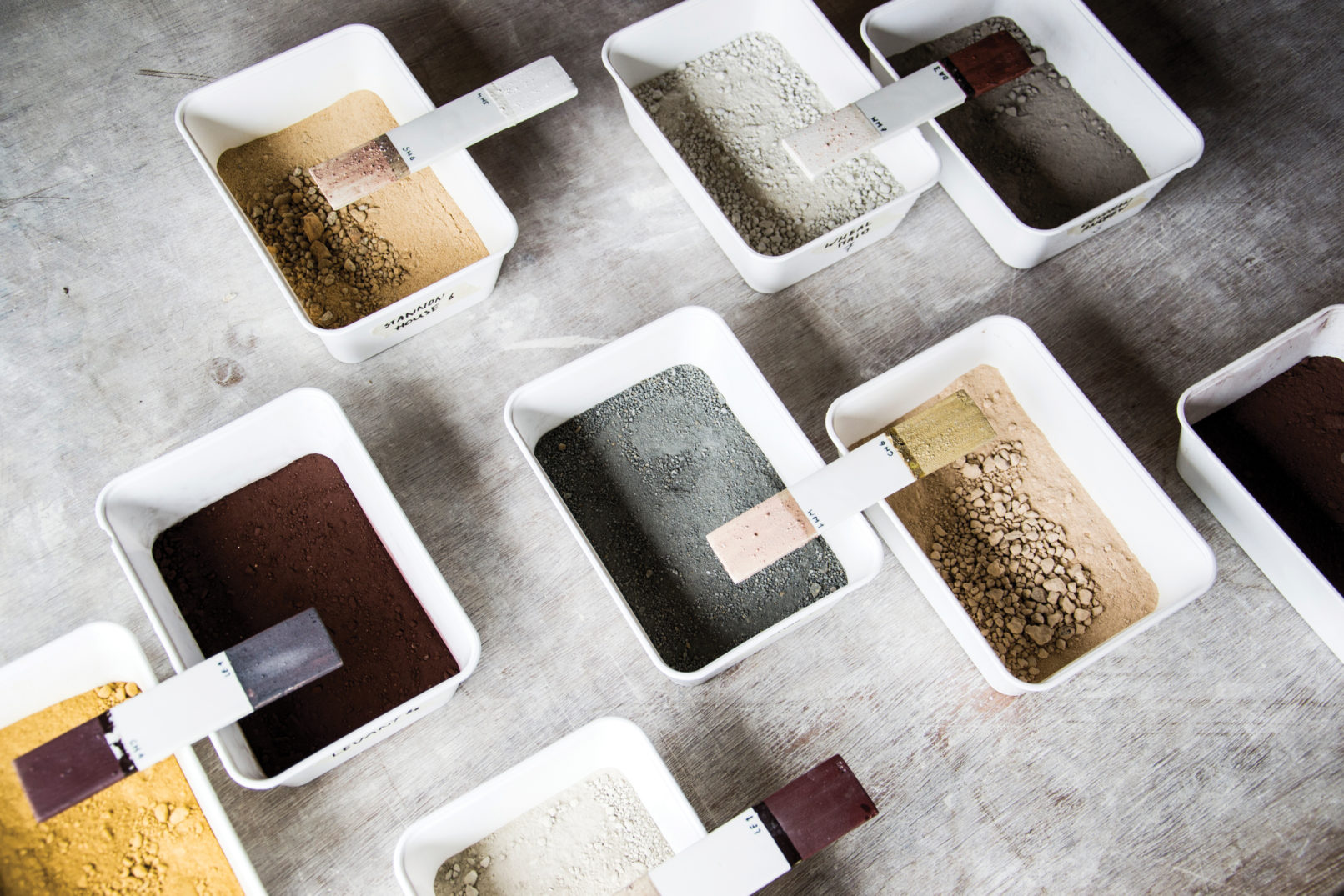 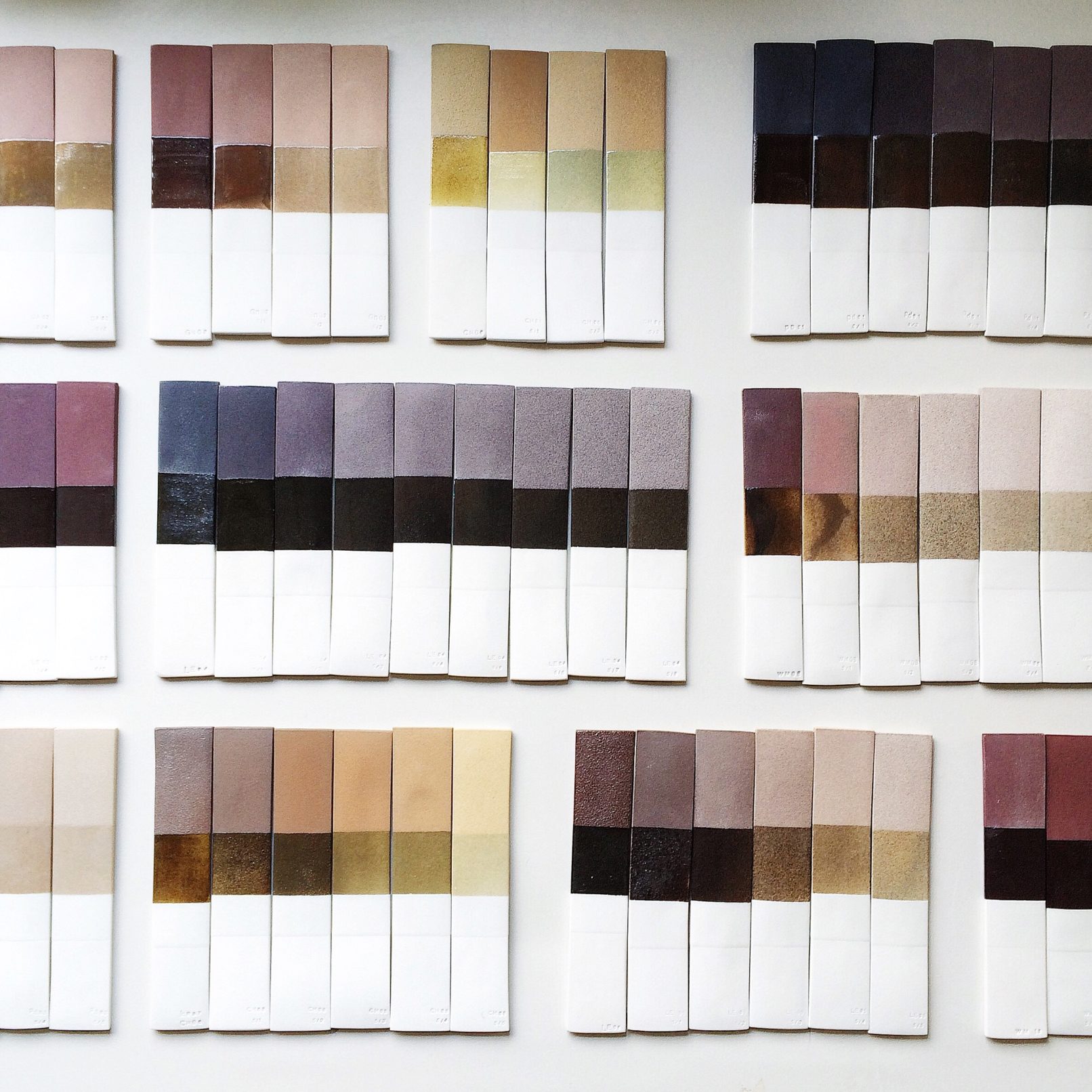 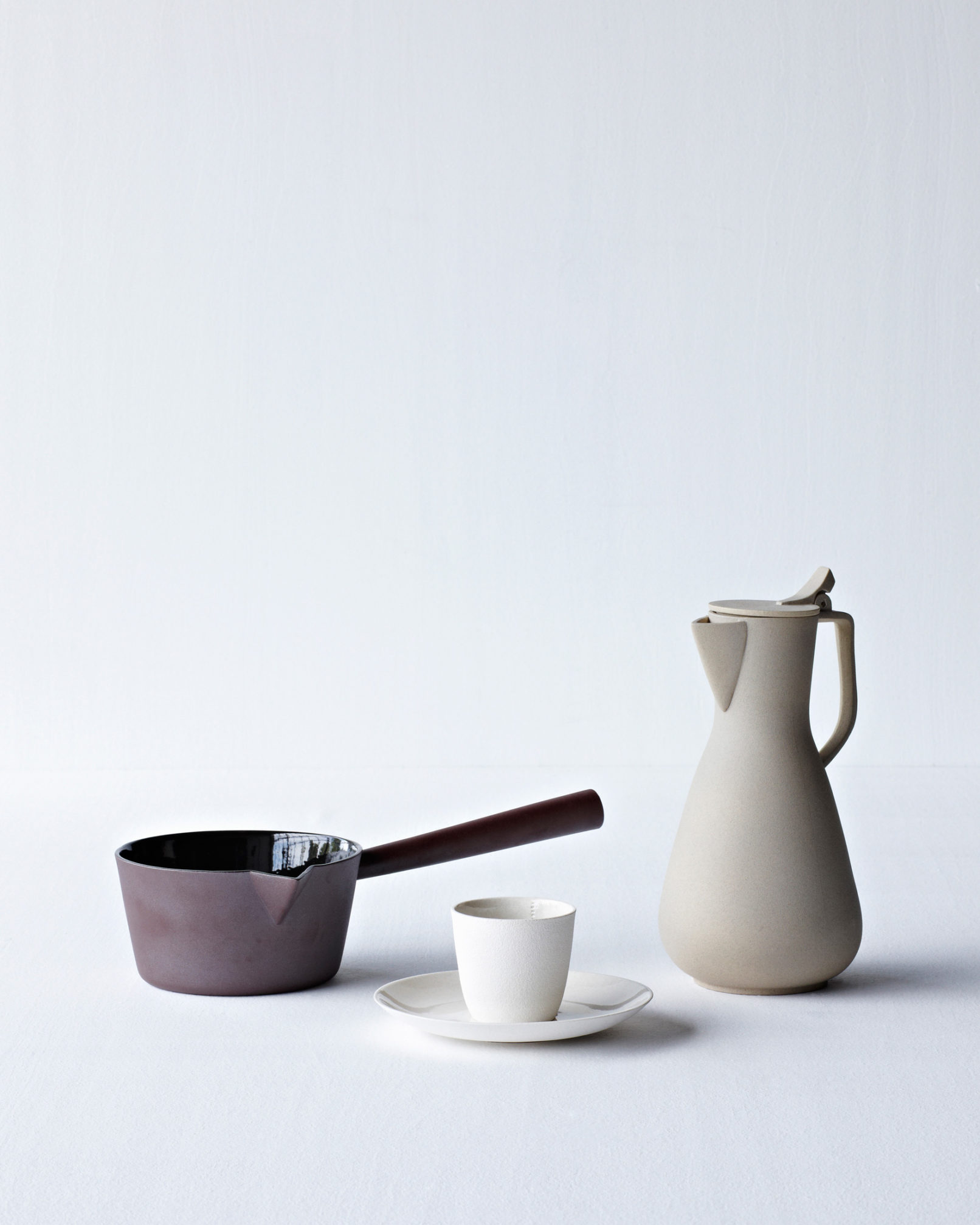 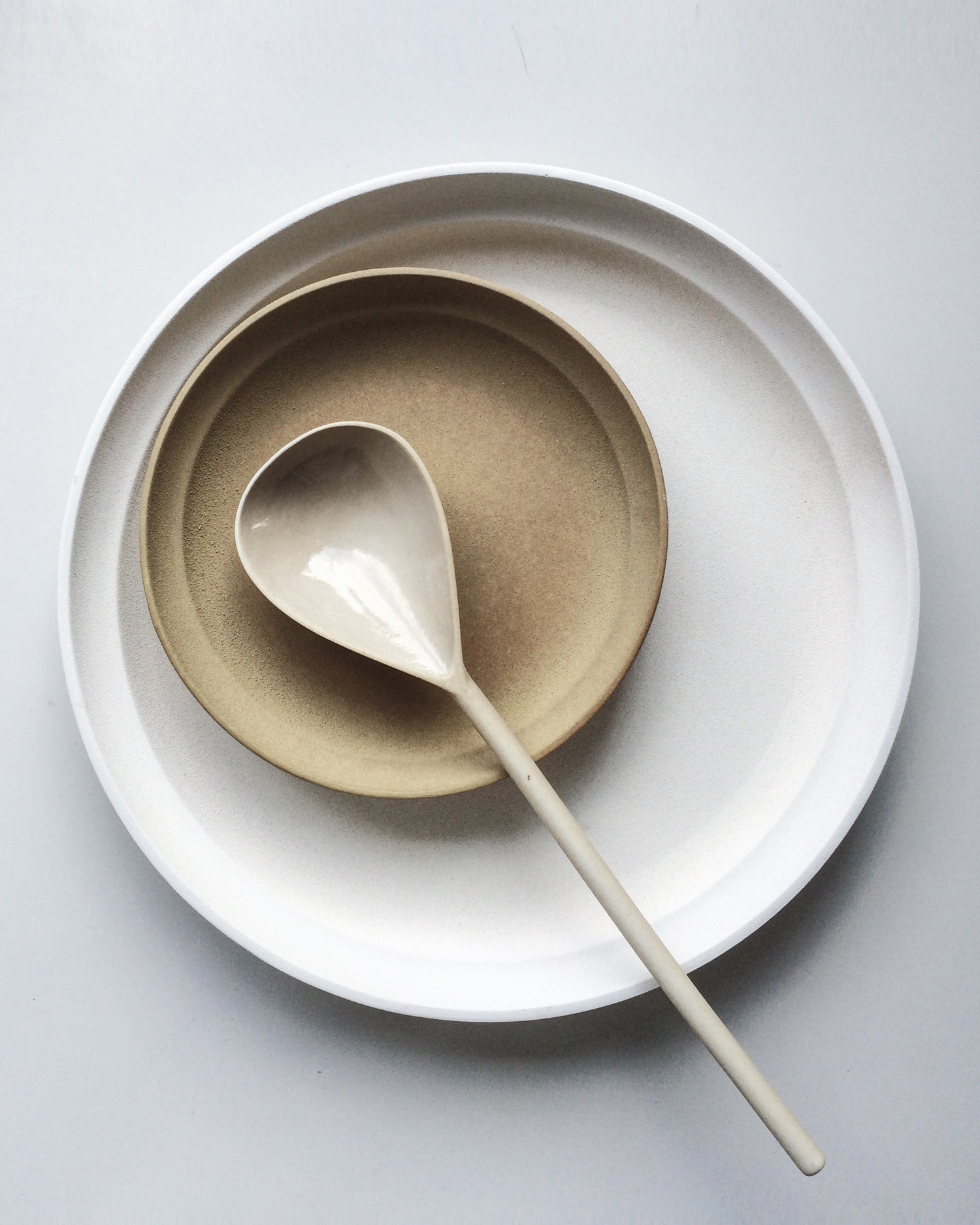 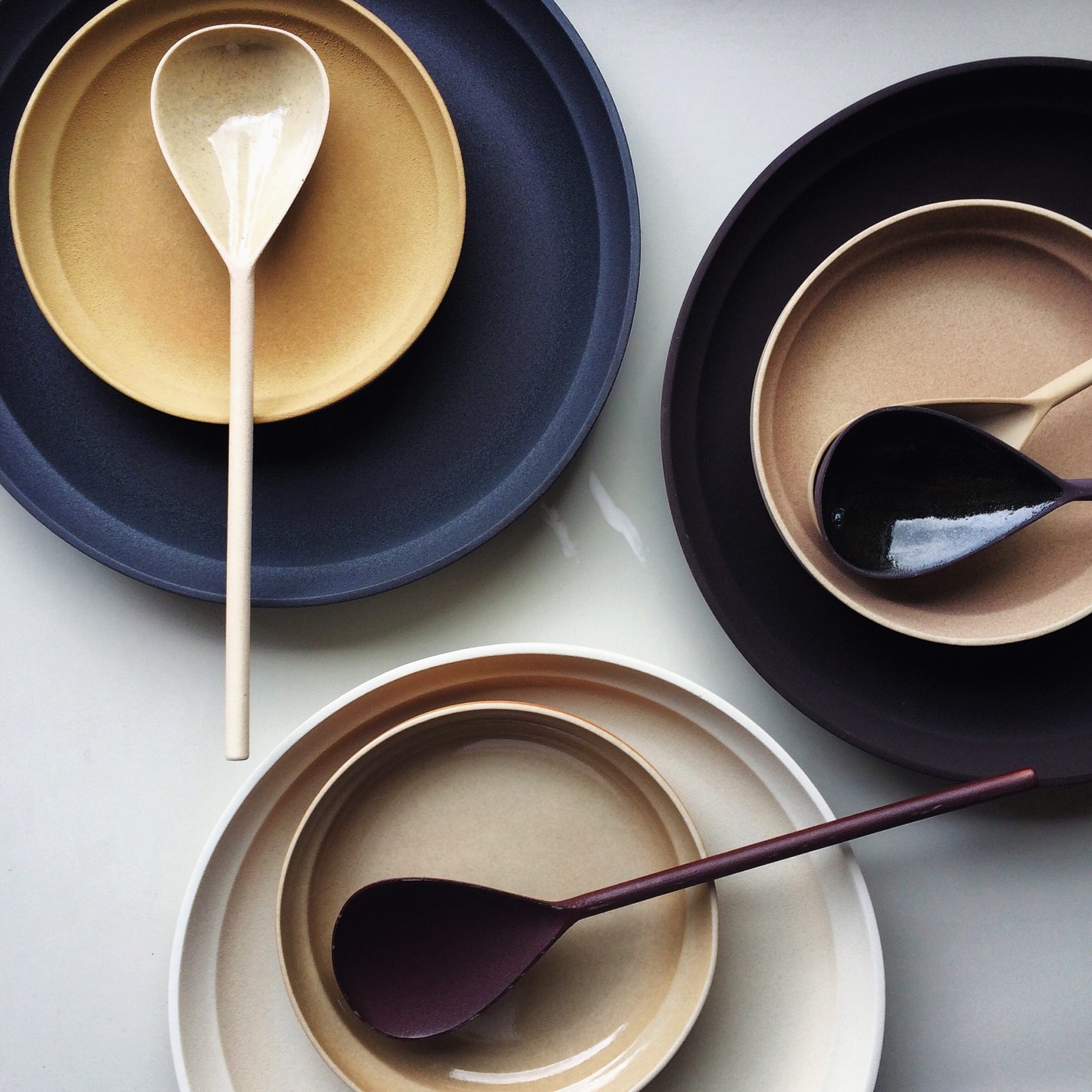